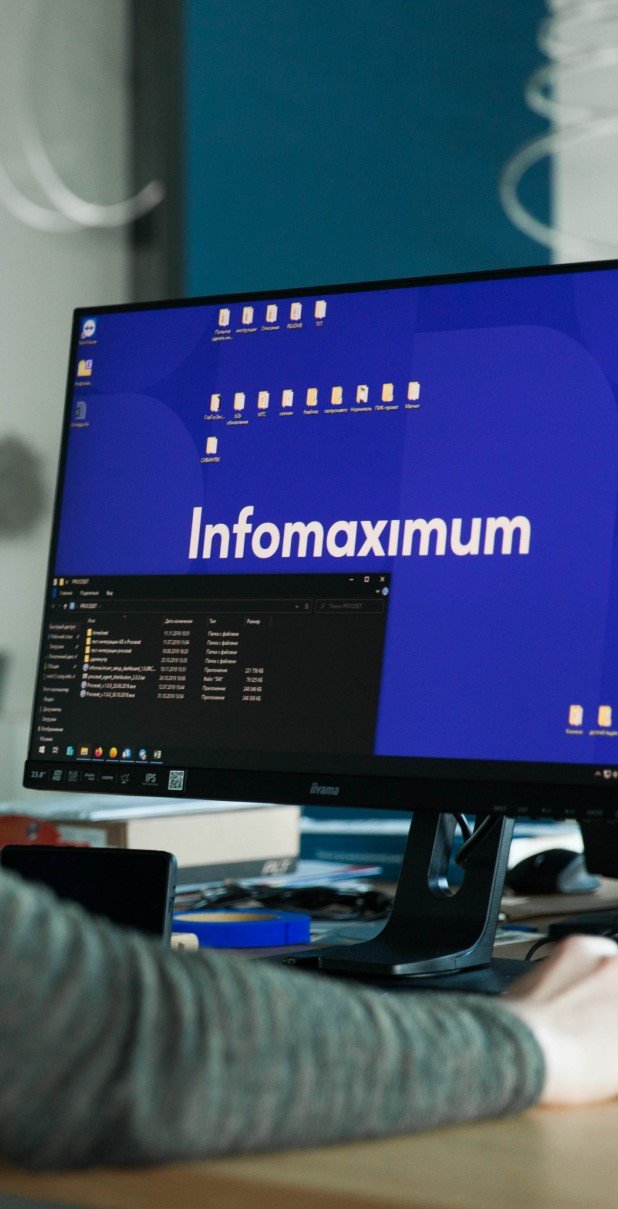 The official birthday of Infomaximum is May 15, 2008 – the date of the company’s registration. However, the success did not come immediately.

The first office of Infomaximum was located in one of the classrooms of Ogarev Mordovia State University. The room was small with the limited equipment, but the company’s plans were huge.

The first project was Maxapt QuickEye, a spy program for tracking and recording employees’ actions on a computer. The IT solution did not have its own server, and it could be used by a small number of users. But the project made it clear that we hit the nail on the head with the niche. Medium-sized businesses were interested in the product, but there was not enough time to develop and refine it. Head Director Alexander Bochkin decided to focus on his studies at university instead and ended the project.

He defended his Ph.D thesis on “The system for monitoring working hours at the enterprise scale”, which was the basis for the further development of the company’s products. This period can be called scientific: at that time, Infomaximum was developing a promo robot with funds received from grants. As a result, an important lesson was learned, which, according to Alexander, became fundamental to the company’s success: you need to grow your business at your own expense. Grants severely limited the freedom of action; for the foundations who had given us grants, algorithm development and reporting came first, not sales. Since robots are not the easiest product to sell, even on the B2B market, significant marketing costs were required. We were not allowed to spend money on marketing, so the project was also tabled.

We returned to our old practices, namely monitoring working hours. We decided to go further and create a powerful system which combined time tracking and project management. It was successful from the technical side, but the user interface turned out to be complex; only developers could work in the system. We decided to simplify the product as much as possible and that enabled us to create the most convenient planning system: CoffeePlan. We placed emphasis on “word of mouth” and postponed the promotion. That was our fatal mistake: people didn’t know about CoffeePlan, and given the market competition, we would have to spend a significant amount on marketing it. We did our best to save the project, but we ultimately failed.

We needed to decide quickly – either close down, or create a new product and launch it.Once again returning to the idea of monitoring working time, in 2 months and with 200 thousand rubles taken from our own savings, we created the first prototype of our most famous project to date –  the work time recording and analysing system Crocotime.

The first customer acted as a tester, and the money from the sale allowed us to continue working on the system.We improved the functionality and in six months released a full-fledged business product.

The company was growing  significantly, and our team made the greatest contribution to this. Since scaling up, creating new departments, moving into a large office, engaging young specialists, and registering in the Unified Register of Russian software, we have never looked back!

From time tracking to analytics

A few years after the first triumph, we realized that the time tracking niche was too limited and it would be almost impossible to develop  it further.

Continuing to improve and update CrocoTime, we simultaneously created custom solutions and tested new directions. Process mining seemed very promising, so we decided to focus on this field.

We worked out the idea of creating our own process mining software in detail; we reviewed studies, talked with experts, studied European cases, and collected feedback from large companies in the domestic market to learn what they were concerned about, and whether they were ready to implement new tools in their operations.

Based on the information received, we designed the functionality of the future product, trying to test each function together with customers. Executives were open to negotiate, proving that we were on the right track. In September 2019, the first version of the program was released, a number of pilot projects were already finished, and the system was included in the Unified Register of Russian software.

It’s onwards and upwards from here!

Infomaximum announced the beginning of cooperation with large...